The paper `The appeasement effect of a United Nations climate summit on the German public´ was published in the current issue of the journal nature climate change. It presents first findings from the research project `Down to Earth´, directed by Prof. Dr. Michael Brüggemann and funded by the cluster of Excellence `CliSAP´.

END_OF_DOCUMENT_TOKEN_TO_BE_REPLACED 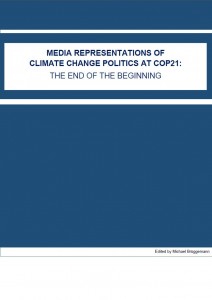 “Now this is not the end. It is not even the beginning of the end. But it is, perhaps, the end of the beginning.” Winston Churchill

Quite a few commentators of the results of the UN Climate Change Conference in Paris (November/December 2015) have evoked this quote from Winston Churchill. It seems that, indeed, Paris marks the end of the beginning of debating anthropogenic climate change.

END_OF_DOCUMENT_TOKEN_TO_BE_REPLACED 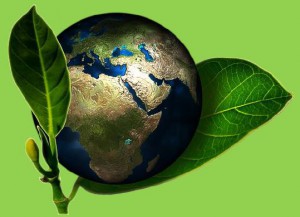 How do German citizens perceive climate change? What do they know about climate politics? And how do they evaluate national and international efforts against climate change?

Within the framework of our “Down to Earth” study, we aimed to answer these and further questions with an online survey with more than 2000 persons, conducted in Germany two weeks before this year’s climate conference in Paris.

END_OF_DOCUMENT_TOKEN_TO_BE_REPLACED

On Saturday morning the COP went past its scheduled finishing time.  With successive postponements of the release of the agreement text (which what was going to be, in all likelihood, a watered down, strategically vague version of what the world needed) I found myself wondering what to do.

END_OF_DOCUMENT_TOKEN_TO_BE_REPLACED

It has become accepted wisdom here that Paris 2015 is not Copenhagen 2009. This time, the US and China are on board; the price of renewables has dropped by more than half; the vast majority of countries have already pledged emission cuts and Paris is seen as a “staging post”, rather than a final destination.

But in one way at least, Paris 2015 is a re-run of 2009 Copenhagen. There are a staggering 3,700 ‘media representatives’ accredited in attendance, which is just short of the 4,000 (from 119 countries) present at Copenhagen.

END_OF_DOCUMENT_TOKEN_TO_BE_REPLACED

Zi is a Chinese journalist currently working towards her master’s in journalism and globalisation in Hamburg.

END_OF_DOCUMENT_TOKEN_TO_BE_REPLACED

As the COP 21 comes to an end, the main focus of the coverage of Spanish and Portuguese newspapers on Friday (Dec 11) was the announcement that the release of the final agreement had been postponed.

Prominent newspapers from each country El País, El Mundo (Spain) and Público (Portugal) had correspondents at the Summit, while others used texts from news agencies.

The coverage of the developments of the agreement did not differ greatly from one newspaper to another. However, outlets did provide different perspectives on the discussion of climate change in general: