Our colleagues at the University of Colorado Boulder Media and Climate Change Observatory (MECCO) have spotlighted a long-time high in newspaper reporting about climate change – a trend we can substantiate with our own data on other news outlets. In September, media attention to climate change and global warming was at its highest level globally in nearly a decade.

Germany is now one of the countries with the highest amount of newspaper coverage on record in the MECCO data. Compared to the previous month of August 2019, newspaper coverage has grown by 26 percent. You can read the whole article here.

This finding is supported by our Online Media Monitor. The tool shows that the number of articles by online newspapers concerning climate change has risen substantially in the course of the current year.

Likewise, the number of tweets recorded by the OMM has risen continuously (with some short-time peaks and lows). 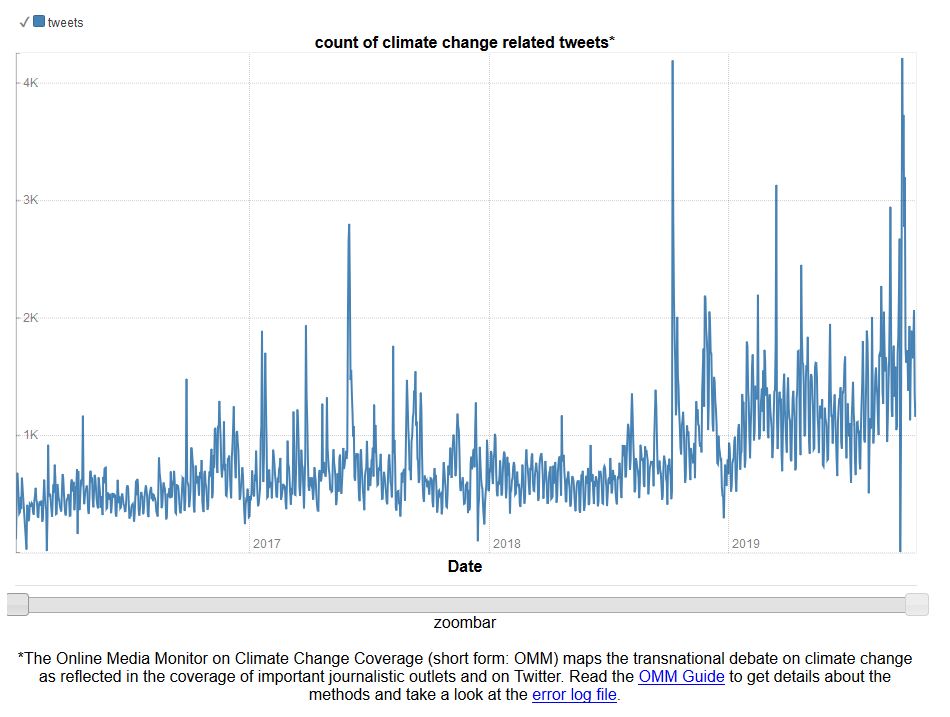 We will present a more thorough analysis of our data in our annual end-of-year review (see the previous posts here for 2018, 2017 and 2016).