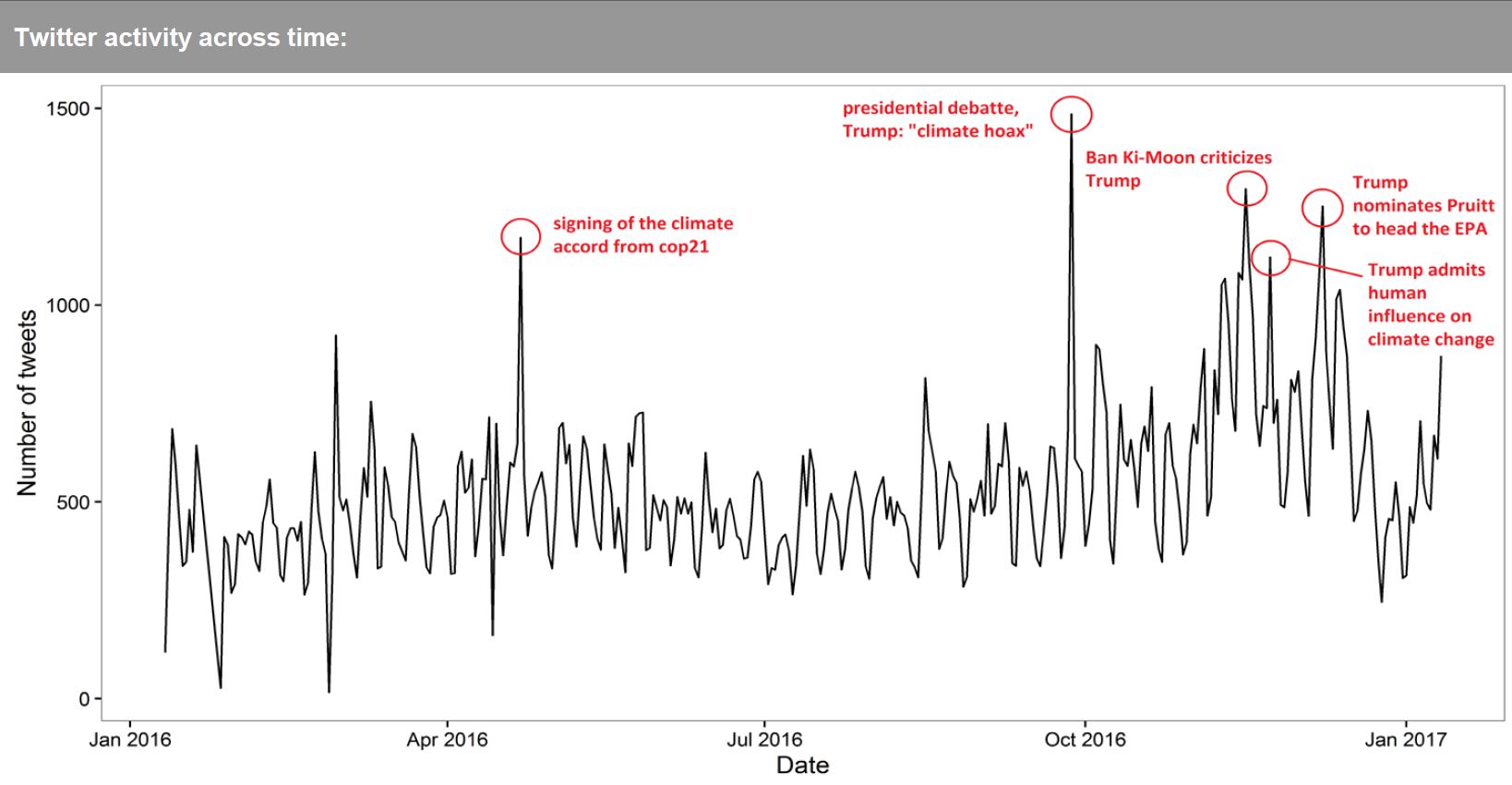 In 2016, we see a slight increase in the general Twitter activity related to climate change – but, even more interesting, also some prominent spikes in the debate. We did some research to find out about which issues the climate change debate revolved on the relevant dates. Four of the five events that sparked the most activity took place in the last quarter of 2016 and had to do with Donald Trump. 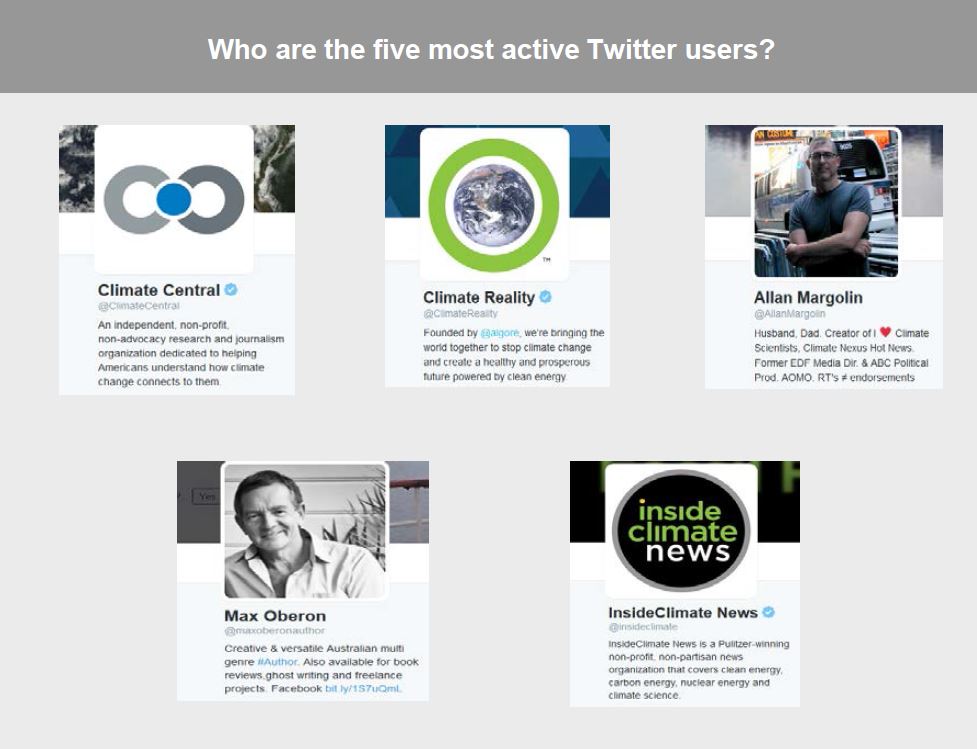 Among the five most active Twitter users in the climate change debate are three non-profit organizations and two private users (from Australia and the US). 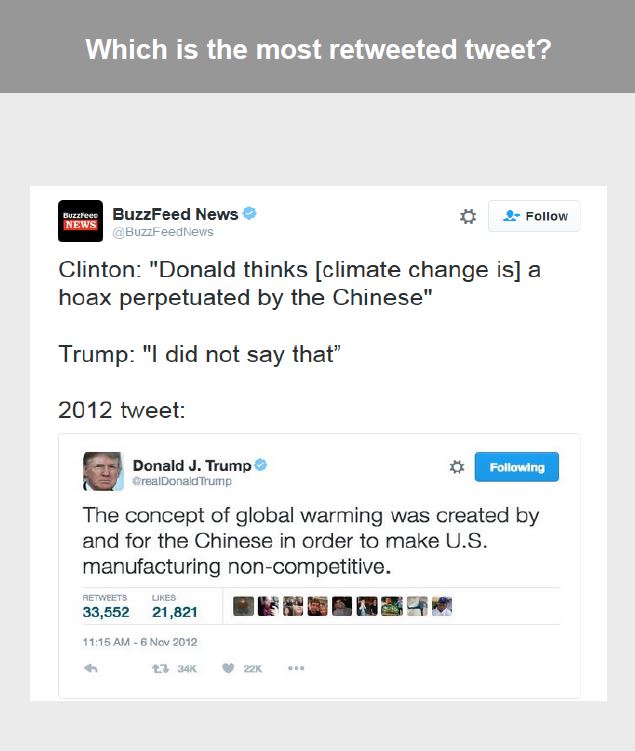 The most retweeted tweet was sent by BuzzFeed News, following the first US Presidential election debate. When Hillary Clinton accused Donald Trump of denying the existence of climate change and he rejected the statement, BuzzFeed cited Trump’s original tweet.

To sum up, 2016 was the year when the climate change debate got increasingly connected to the new US President Donald Trump. By now, his name also ranks highly in Google’s search suggestions related to climate change.

If and how the discussion will also center on Trump in 2017 is still to be seen – the OMM will monitor the debate as attentively as before.