As a follow-up on our Nature Climate Change study (Brüggemann et al. 2017) called “The appeasement effect of a United Nations climate summit on the German public”, we have now published a working paper tracing changes in public attitudes and behavioral intentions over a longer period of time.

The paper compares data from our 2015, 2018 and 2019 Down to Earth surveys while also linking changes in public opinion to the media coverage on climate change. 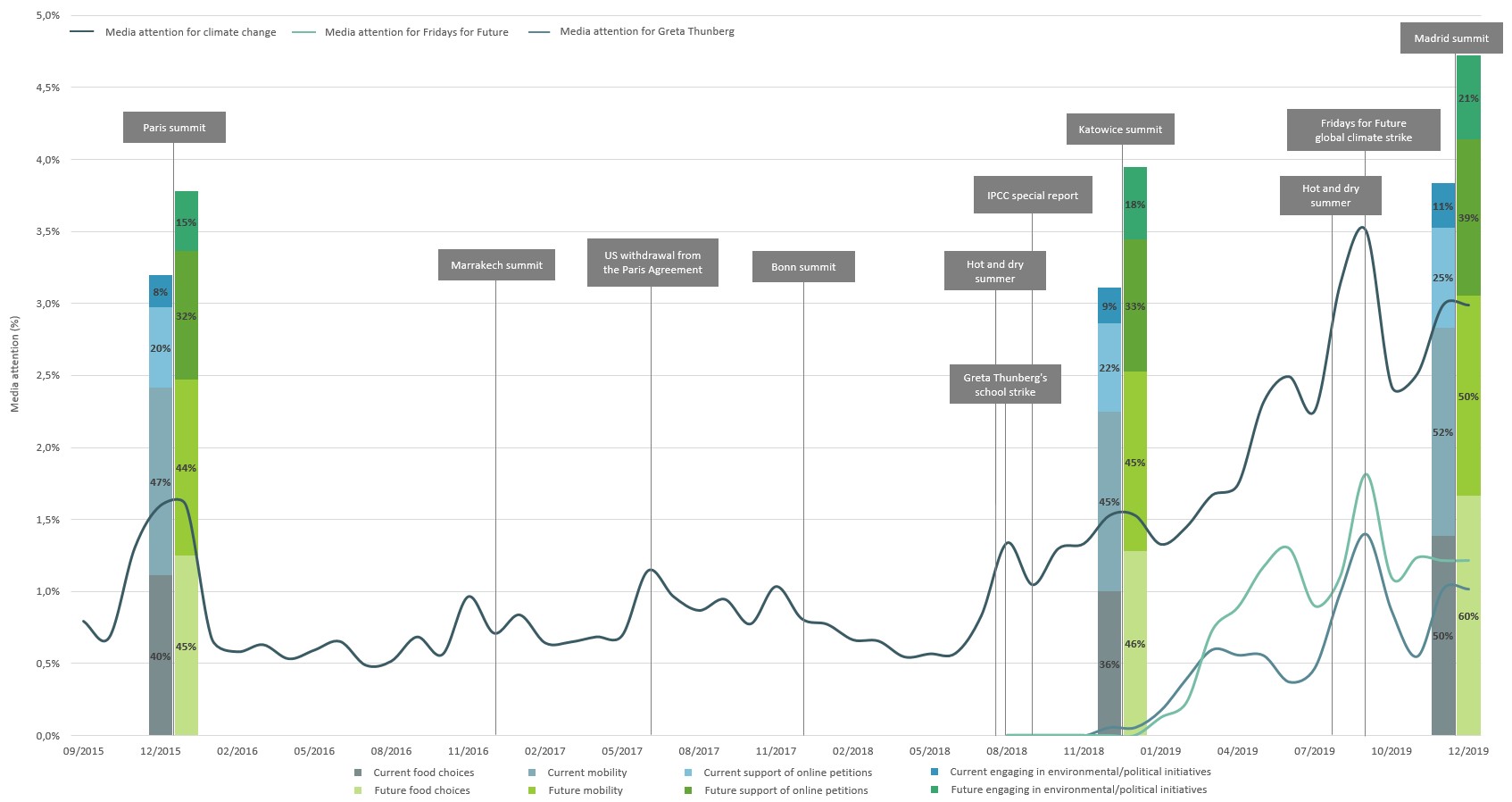 Percentages show the proportion of respondents who indicated that they currently perform the behavior ‘very frequently’ or ‘frequently’ and that they ‘would like to do’ or ‘would like to do [it] more’ in the future. Media attention – measuring the amount of attention news media devote to a specific issue in relation to the amount of attention they give to other issues at the same time – for climate change shows the relative number of articles published between 1 September 2015 until 31 December 2019 mentioning ‘Klimawandel’ OR ‘Erderwärmung’ OR ‘globale Erwärmung’ OR ‘Klimaerwärmung’ OR ‘Klimaänderung’ OR ‘Treibhauseffekt’. Media attention for Fridays for Future and for Greta Thunberg shows the relative number of articles published between 12 August 2018 until 31 December 2019 mentioning ‘Fridays for Future’ or ‘Greta Thunberg’. To measure media attention for those issues we chose the following German-language newspapers (print and online): Frankfurter Allgemeine Zeitung, Süddeutsche Zeitung, taz, Die Welt, Welt am Sonntag, Die Zeit, Bild.

We find major and consistently positive changes in various forms of active engagement with climate change. These results indicate that the appeasement effect observed earlier is over: the German public is now ready to take decisive steps to tackle the climate problem. This is probably a cumulative effect of a combination of heat waves occurring around the world, outspoken warnings from scientists, international climate activism, and ensuing political debates on climate protection that are mirrored in increased climate change reporting.