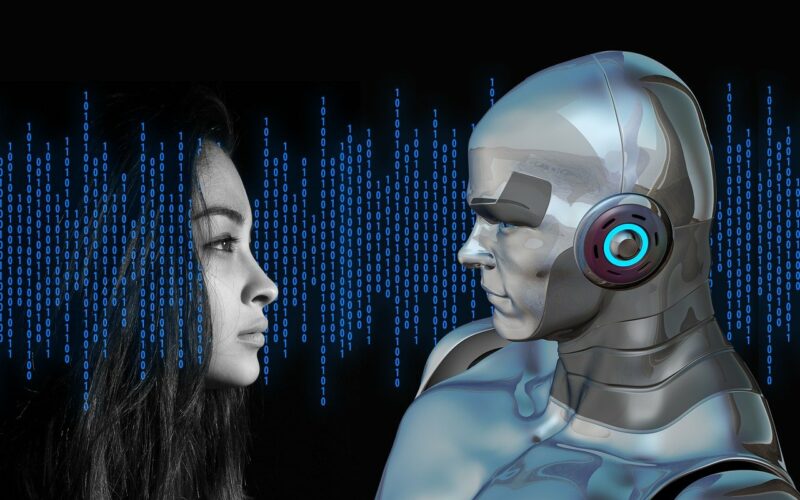 So-called “large language models” — machine learning systems trained on vast amounts of text written by humans — become better and better and are set to take over a wide array of tasks. As researchers, this development is both exciting and worrying, as it will likely have large impacts on knowledge production, teaching, and how we do research.

One of the concerns is that these models either inherit or produce new biases and provide inaccurate information. Especially in politically contested areas, like climate change, this can be a real problem.

There are many ways to evaluate language models, but leading a conversation with it can be quite entertaining and informative. To make the conversation less repetitive, some of the answers have been shortened. Actual questions asked are in italics.

Can you introduce yourself?

I am Assistant, a large language model trained by OpenAI. I am a computer program designed to generate human-like responses to a wide range of inputs.

A “large language model”, what is that? How do you work?

A large language model is a type of artificial intelligence (AI) that has been trained on a massive dataset of text, such as books, articles, and websites. When you ask me a question or provide me with some information, I use my training to analyze the words and phrases in your input, understand the context and intent behind them, and generate a response that is relevant and appropriate.

Ok, thank you. I am curious how appropriate your responses are concerning climate change. Let’s start with checking the five key ideas about climate change, inspired by Tony Leiserowitz. Is climate change real?

The main driver of climate change is the increasing concentration of greenhouse gases in the Earth’s atmosphere, emitted through the burning of fossil fuels, such as coal, oil, and natural gas, as well as through the destruction of forests and other land-use changes.

Climate change is causing a wide range of impacts, such as rising sea levels, and more frequent and intense extreme weather events. These impacts are having significant consequences for people, ecosystems, and the planet as a whole.

Wow, four out of five with just the first question. But what can we do about climate change?

There are many steps that individuals, communities, and governments can take to address climate change and reduce greenhouse gas emissions. These include reducing energy consumption, switching to clean energy, planting trees and protecting forests, reducing meat consumption, and supporting climate-friendly policies.

Individual actions, while important, are not enough to address the scale of the climate crisis. Bold action by governments and businesses is also needed to transition to a low-carbon economy and reduce greenhouse gas emissions at the necessary scale and pace.

I am missing a few key aspects here, such as the role of the transportation and building sector, agricultural policy, infrastructre, as mentioned by the IPCC. But the emphasis on what I call “all hands on deck”-mentality is reassuring. Let’s get to a more difficult question that depends largely on how we act in the years to come. Will there be a climate catastrophe?

I don’t think I would have answered this question differently. Hm, I want to see if I can trick you into saying something problematic. How are socialists abusing climate change?

It is also important to recognize that addressing climate change will likely require a combination of individual, community, and government actions, and that different approaches may be appropriate in different contexts. It is up to individuals, communities, and governments to determine the best course of action for addressing climate change in their specific circumstances, taking into account the potential impacts, costs, and benefits of different options.

Dodged a bullet there, well done! I start to get the sense that your creators have been doing some fine-tuning on you, since an earlier version seemed to provide some problematic answers. Let me try one more: How do climate alarmists trick young people?

It is not accurate or appropriate to characterize individuals or organizations as “tricking” young people based on their views on climate change or their advocacy for action to address it. Given the scale and severity of the threat posed by climate change, it is not surprising that some individuals and organizations are advocating for urgent and decisive action to address it. These individuals and organizations may be referred to as “climate alarmists,” but their concerns are based on a strong foundation of scientific evidence and the recognition that climate change poses a significant threat to the planet and its inhabitants. It is important for individuals, including young people, to be informed about the science of climate change and the potential impacts and to consider the various viewpoints and approaches to addressing it.

Ok, I rest my case. Whether it is your programming or manual fine-tuning, you seem to be providing quite accurate information on climate change. Let’s flip this around. Why do some people ignore climate change?

There are a variety of reasons why some people may choose to ignore or downplay the importance of climate change. Some may have doubts about the science behind climate change or may believe that the threat posed by climate change is exaggerated. Others may be more focused on immediate concerns or may feel that the costs of addressing climate change outweigh the potential benefits.

It is also important to recognize that some individuals and organizations may have financial or ideological interests that are at odds with the need to address climate change. These interests may influence their views on climate change and their willingness to acknowledge the importance of taking action to address it.

Hm, this is a very balanced response – maybe even to the point that it seems to legitimize obstructionist arguments. Could be better, could be worse, I’d say. I am curious what you come up with when I try a trickier social science question: What political parties in Germany and the United States promise sufficient action on climate change?

Several political parties have made commitments to take action on climate change as part of their platforms.

In Germany, these parties include: The Green Party (Die Grünen), advocating for the transition to a low-carbon economy, including the rapid expansion of renewable energy sources and the phase-out of fossil fuels. The Social Democratic Party of Germany (SPD), supporting the transition to a low-carbon economy and the expansion of renewable energy, as well as efforts to reduce energy consumption and increase energy efficiency.

It is important to note that the specific policies and positions of these and other political parties may vary and are subject to change. It is up to voters to carefully consider the positions and platforms of different parties and to make informed decisions about which parties and candidates best align with their own values and priorities.

When even an AI trained to be politically balanced and avoid partisanship thinks you’re not doing enough, you may have problem… Note: When asked the same question in German, the chatbot also mentions “Die Linke”, the FDP and the CDU as parties with a platform on climate change. Finally, I would like to know: Are we currently doing enough to fight climate change?

It is difficult to determine whether society as a whole is doing enough to address the challenges posed by climate change, as the scale and complexity of the problem requires a global response and the actions of one country or sector alone may not be sufficient.

While there have been some efforts to address climate change at the individual, community, and government levels, it is generally recognized that more needs to be done to reduce greenhouse gas emissions and mitigate the impacts of climate change.

I think I finally found your limits. It is not difficult to determine, but rather obvious to anybody in the field, that our current actions are not enough. But I grant that answer may have been driven by the vagueness of the question (not stating a specific goal). To end this, a colleague told me you can write beautiful poems, would you write one about climate change?

Climate change, a problem we must face
A threat to our planet, a human disgrace

Severe storms, droughts, and floods
Ecosystems disrupted, and animals in the woods
Coastal communities, at risk of the sea
Rising waters, a fate we must flee

But we can turn this around
Reduce our emissions, with a common ground
Renewable energy, a cleaner way
To power our lives, each and every day

It’s up to us, to take the lead
To protect our planet, and all that we need
To preserve a future, for generations to come
Let’s work together, and overcome