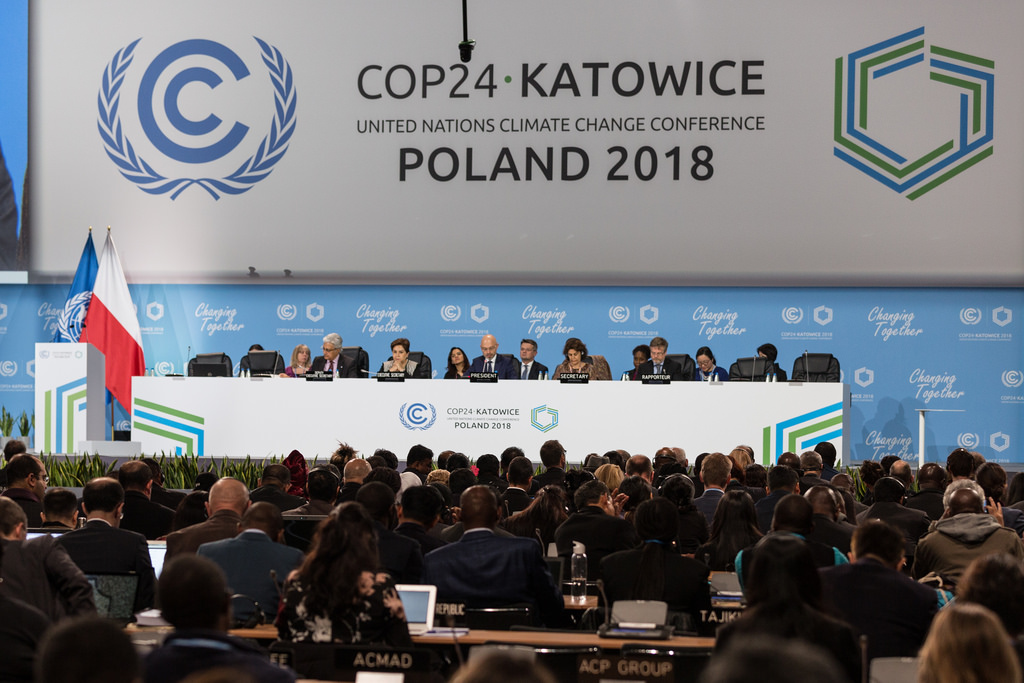 This is how ‘good’ stories start these days… if we consider ‘good’ to be the mere existence of a final document. In this light, on December 15th 2018, the 196 member states (parties) of the United Nations Framework Convention on Climate Change (UNFCCC), following negotiations at the 24. Conference of the Parties (COP24) in Katowice, Poland, agreed on a compromise. Prior to the meeting, some – including UN Climate Change Executive Secretary Patricia Espinosa – held high expectations of the conference becoming a “Paris 2.0” [2], others (e.g. evironmental NGOs like) – thinking of ever-rising carbon emissions, omnipresent coal mining and the USA’s withdrawal from the international treaty – saw themselves forced to keep their feet on the ground [3]. But what was finally agreed on?

After two weeks of negotiations, the member states pledged to publish standardized reports on their national emissions and climate goals based on the “transparency framework for action and support”. The states agreed on submitting such reports starting in 2020, mentioning their country’s current emission status and its future plans (targets), biennially. This means that the first reports have to be submitted by the end of 2022. Countries will have to give specific information on some occasions (like target year(s), reference point(s), base year(s), etc.), but still have quite some space for individual layout on others (e.g. in selections of indicators to validate its targets). Following these rules will definitely be better compared to the chaos of different national targets we have now. However, we will have to wait four more years to see if we can get proper, comparable results from this.

Beyond that, nothing concrete was agreed upon in the big plenary. Regarding climate finances, “commitment of developed country Parties… to a goal of mobilizing jointly USD 100 billion per year by 2020” was “recalled”, but not futher concretized. In comparison to current international efforts (in 2016, UNFCCC funds and multilateral climate funds raised USD 2.4 billion), the 100 billion mark seems astronomically far away. Furthermore, the (itself questionable) market for international carbon emissions trading ‘rages on’ without any international regulations.
Facing the IPCC’s alarming Special Report on 1.5°C of Global Warming, the member states did not go beyond welcoming its “timely completion” without even referring to the specific reductions in greenhouse gas emissions by 2030 which the report called for.

So, if we consider the 2015 Paris Agreement a great step in international climate politics, this year’s results are unfortunately no big advance. If policy makers maintain their current course, the only thing getting more “transparent” due to the new “rulebook” will be our incapacity in dealing with climate change, including rising carbon levels and missed targets. Instead of hoping for the next COP25 in Chile to come up with good climate regulations, we should remind policy makers of the urgency of this issue whenever we can. In Germany, the 1st of February 2019 will probably offer such an occasion. The “Kohlekommission” (a committee composed by representatives from politics, economy and civil society) will publish its final report giving a recommendation for a coal fade-out date. And since this will most likely not be 2020, as Earth’s climate would need it to be, we have to take action.