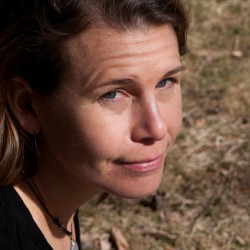 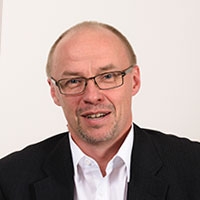 On Saturday in Montreuil, the site of the “alternative village” set up at COP21, Bill McKibben and Naomi Klein took ExxonMobil to court at what they called “The People’s Climate Summit.” It was a mock trial that was also a significant public event.

The “trial” was organized by climate change activist organization 350.org in a community center and occasional concert hall packed with a crowd of few hundred. For two hours, witnesses from around the world testified to the havoc already wrought by carbon-based energy economies dominated by Exxon and other fossil fuel companies. They spoke of the deleterious effects on the climate that oil and gas produce and the great success such companies have enjoyed in pushing climate-change-denial science.

The trial was based on recent blockbuster news reports that internal research conducted by Exxon scientists decades ago confirmed the role played by fossil fuels in speeding up global warming.

Witnesses at the trial gave moving testimony, and prosecutors Klein and McKibben introduced a raft of evidence to make their case. They weaved together arguments about the ways climate change is impacting communities around the world, how it is linked to terrorism and mass migration, and the ways corporate disinformation campaigns and political corruption have exacerbated those effects and future threats.

As has been widely reported, climate activists are not being permitted to march or assemble in large numbers in a Paris still reeling from last month’s terror attacks. Even attempts to speak out against green washing have not ended well. It’s through media events like the trial — events that levy serious messages with formal irony — that the messages of activists are reaching leaders in the exclusive “blue zone” of the summits and concerned publics around the world. Similar seriousness and irony fueled the spectacle of the shoes that did not march at the Place de la Republique as well as the “ad-busting” displays that have appeared strategically around the city.

Many activists have told me that it’s hard not to see the security measures as a muzzle on free speech and as a dam blocking the flow of data and analysis we’ve become accustomed to in the networked information age. French government efforts to ban public wifi and the use of tools that ensure online privacy suggest that encroachments on civility liberties in France may yet intensify.