The ten most active twitter users in the sample were: MercianRockyRex, BLUEdotRegister, ClimateWise2015, Denovo777, PlantsLoveCO2, NiliMajumder, ArBolivia1, neils_rt, EcoFashion2015, CircularEco. Among the most active users, the traditional big NGOs are not to be found. They nevertheless play an important role, when it comes to online conversations, i.e. being directly addressed, mentioned, and re-tweeted by other users. For the visual analyses below, I have taken a random sample of 10,000 tweets. 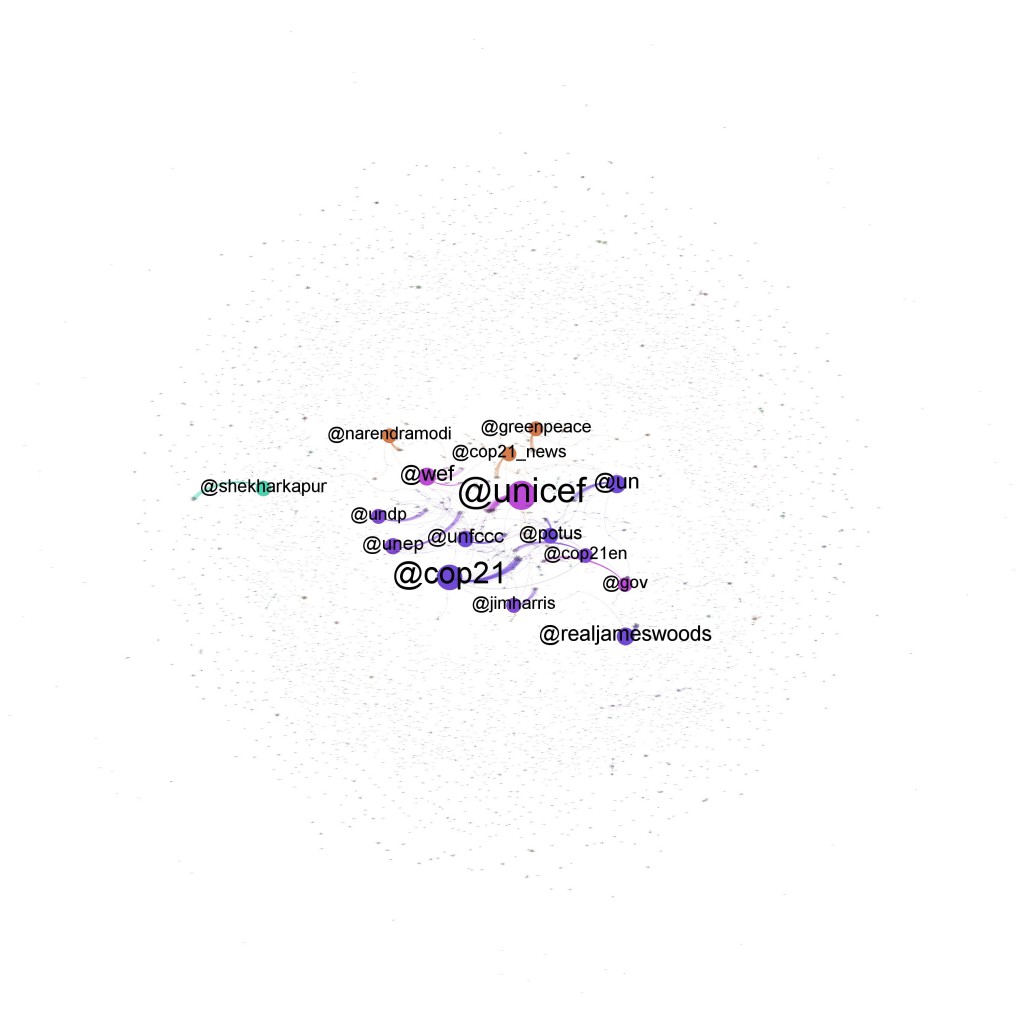 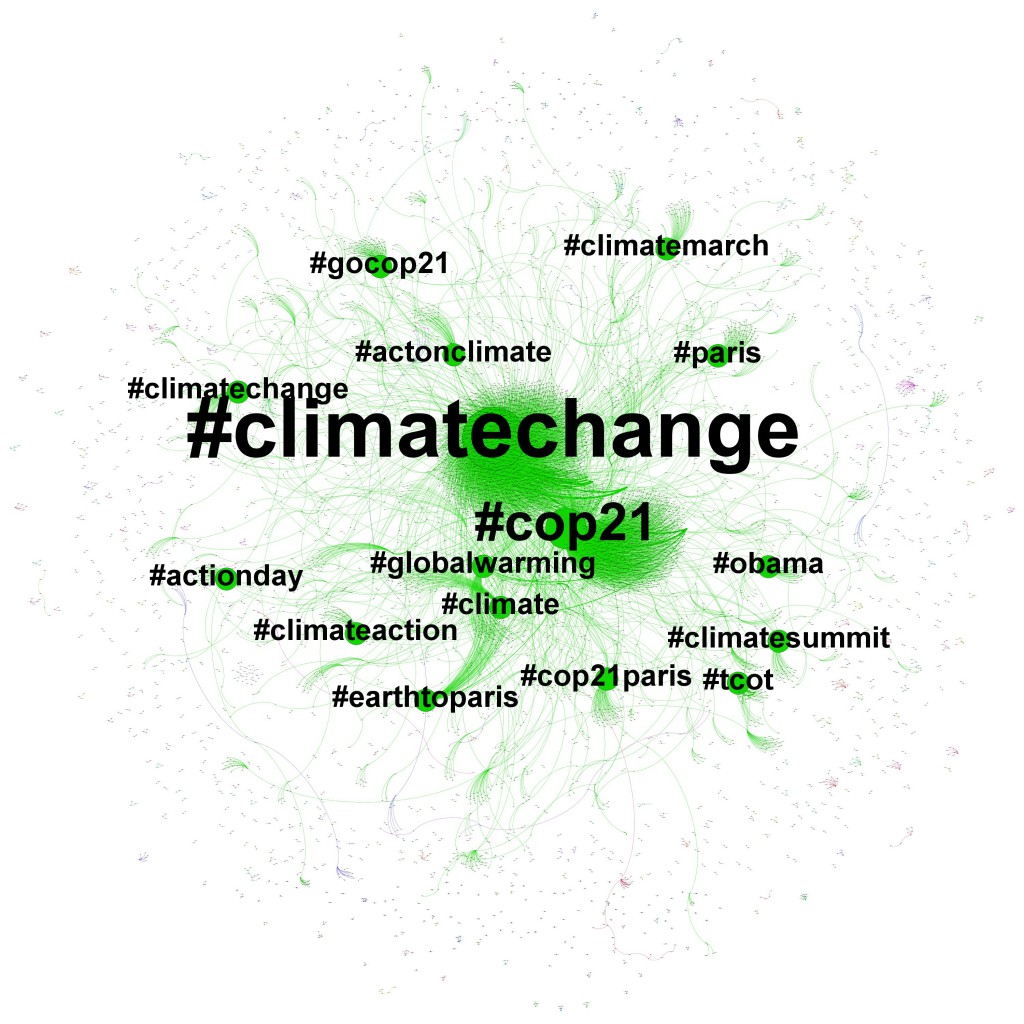 Figure 2 shows the most popular hashtags used by the users in the network above. Of course, since the data was collected based on the #climatechange, it is the predominant hashtag. Yet, hashtags calling for action, such as #climateaction, #actionday, and #climatemarch also play an important role in the debate.

Of course, it remains to be seen to what extent the social media activity of civil society actors has an impact on the outcome of the UN summit. However, during these last days of the conference, it has been civil society organisations, voicing the view, that the current options are insufficient.

As of last night Paris time, a deal was struck by nearly all nations represented at COP21 to limit warming to under 2C from preindustrial levels.