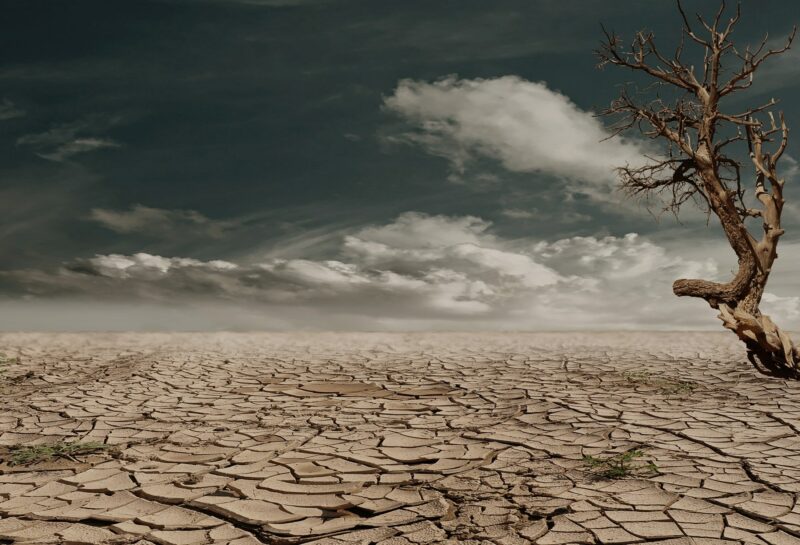 RCP-8.5 is not only the arguably most popular climate change scenario, it is also often framed in a very specific manner: as the business-as-usual trajectory that humanity is on if no climate change policies are adopted.

For an academic discipline that actively tries to be policy-relevant, climate science in the context of the IPCC is often weirdly inaccessible. An example of this is the rather cryptic naming of climate scenarios that form the backbone of IPCC reports and many climate modelling studies: names range from SSP1-1.9 to SSP5-8.5. A specific element of these mysterious scenarios – the so-called RCP-8.5 – has been the focus of a rather fierce academic debate.

Yet, more than being a somewhat nerdy scientific debate, the controversy around RCP-8.5 actually points to some fundamental disagreements about the communication of climate futures. The RCP-8.5 scenario is important because it is the IPCC scenario that projects the highest amount of CO emissions throughout this century. Therefore, it is often used to represent a world under strong climate change, which can subsequently be contrasted with a scenario that depicts a world of aggressive climate action. Most studies about climate change effects rely on this contrast between a high-end and a low-end emission scenario, and the greater the difference between these two scenarios, the clearer the investigated effect will emerge.

For this reason, RCP-8.5 – a world of extreme climate change – is very popular within the climate modelling community and makes for most of the scenarios assessed in working groups I and II of the IPCC’s Sixth Assessment Report (AR6).

What is more, RCP-8.5 is not only the arguably most popular climate change scenario, it is also often framed in a very specific manner: as the business-as-usual trajectory that humanity is on if no climate change policies are adopted. And this is where it gets interesting from a communications perspective. By calling the high-end scenario RCP-8.5 “business as usual”, the impression is created that this world of extreme climate change is the one we are headed for in the absence of strong climate policy.

Critics argue that this is highly misleading, as this scenario implies, among other pessimistic socio-economic assumptions, a coal consumption at levels of more than six times the current amount (Ritchie & Dowlatabadi, 2017). Contrasting this with energy projections and current policy statements compiled by the International Energy Agency, Hausfather & Peters (2020) argue that such a drastic increase in CO emissions is extremely implausible and should therefore not be considered as a representation of our business-as-usual pathway (see Fig. 1).

But not all climate scientists agree to this. There are opposing voices arguing that of all RCP scenarios, RCP-8.5 is the one that most closely matches our emissions pathway up until now and should therefore be considered the most useful scenario (Schwalm et al., 2020). Concretely, the authors argue that even if the socioeconomic assumptions of RCP-8.5 are unrealistic (such as a sixfold increase in coal consumption), the high-end scenario is still crucial for assessing physical climate risks of extreme climate change, obtained for example through carbon cycle feedbacks such as permafrost thawing or forest fires.

For the first strategy, highlighting the climatic impacts of RCP-8.5 is very helpful, while the second strategy would rather convince the audience that mitigating climate change is still feasible and within reach. In fact, as one of the main conclusions for why the portrayal of RCP-8.5 as “business as usual” is misleading, Hausfather & Peters (2020) claim that, “Overstating the likelihood of extreme climate impacts can make mitigation seem harder than it actually is” (p. 619).

The question thus comes down to the old debate about which communication strategy is most likely to instigate climate action: sounding the alarm by highlighting the extreme risks of our current trajectory or spreading hopefulness by highlighting the feasibility of our global climate targets?

While the debate about how to best communicate about future climate change is far from settled, the question of whether RCP-8.5 should be characterised as business-as-usual seems to be slowly coming to an end. The most recent IPCC report concludes: “High-end scenarios (like RCP-8.5) can be very useful to explore high-end risks of climate change but are not typical”business-as-usual” projections and should therefore not be presented as such” (Riahi et al., 2022, p. 118).