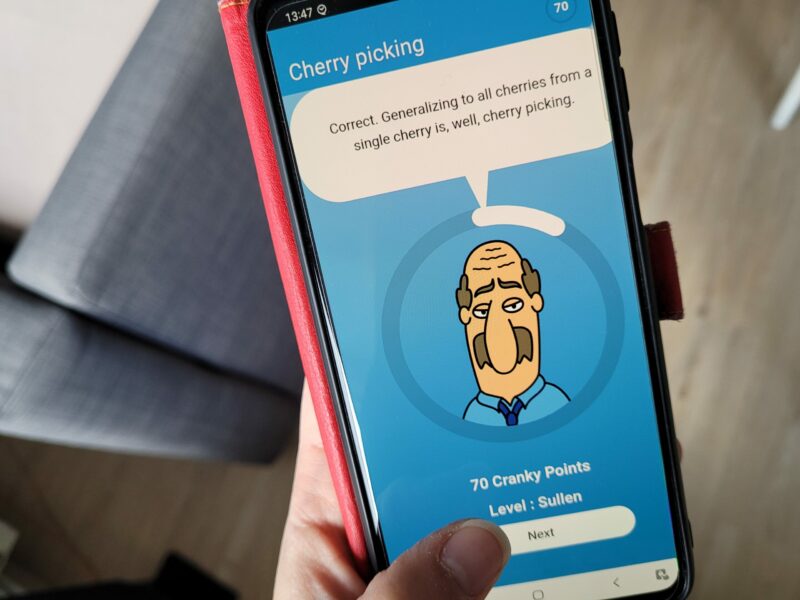 One big question for climate change communication is how to deal with deniers and stop misinformation from spreading. A smartphone game called “Cranky Uncle” teaches players common techniques of denial, such as ‘cherry picking’, logical fallacies, and conspiracy theories.

What looks like a funny diversion is actually built upon a scientific theory and developed by a team with long experience working with climate change deniers – in the US, but also in other countries like Germany.

If you are interested in countering climate change deniers with facts and humour, you have probably already come across the team’s website, Skeptical Science. Founded by John Cook, a research fellow at the Climate Change Communication Research Hub at Monash University, the website has developed into a non-profit science education organization.

A video on the website explains the main facts about the inoculation theory on which the game is based. And in this interesting interview, John Cook explains more about the game, its developing process and the idea behind it.

The free game is available for iPhone, Android, and as a browser game. Have fun becoming a “Cranky Uncle” yourself!