Climate change is receiving more and more attention. While the topic has traditionally been seen as an environmental issue, it is now increasingly reaching beyond and detaching from the sphere of classical environmental policy. In this piece, I will argue that this is a good thing.

The environmental movement has been around for half a century now, at least in many parts of the world. While it has had many successes, it is still a minority in society. At the same time, ambitious climate action is required to happen within this decade, if we want to fulfil the Paris Agreement. In order to instigate political action now, it is necessary to build coalitions that amount to societal majorities, thereby reaching far beyond environmentalist circles. 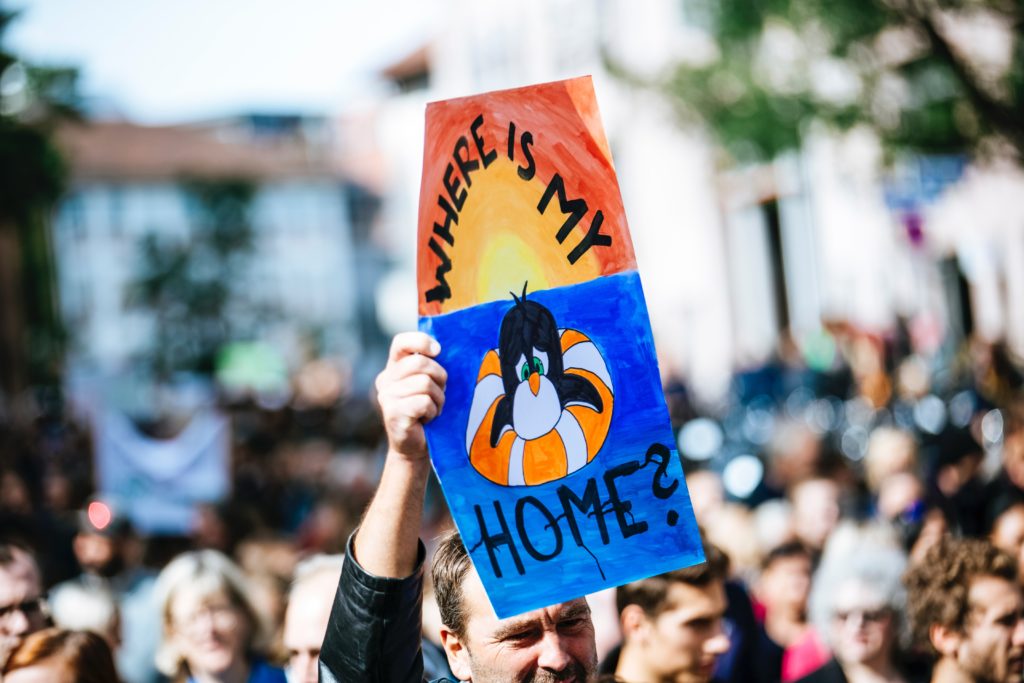 These new coalitions must come with their own new problem framing, a lot of which we can already observe. Framing climate change as an environmental problem leads to a perception of it affecting the environment as such – nature. Yet, the new climate movements of recent years such as Fridays for Future (see our blogpost series) successfully reframed it as a humanitarian issue, affecting upcoming generations and children of today’s worlds. In my view, this narrative shift from climate change being just another environmental problem to being a central humanitarian problem was crucial to the success of these movements. It’s not about polar bears and tropical forests anymore; it is about your children and grandchildren.

Focusing on actions that matter

At the same time, viewing climate policy under the umbrella of environmental policy makes it appear even more complex than it already is. The main challenge regarding climate change is to cut the use of fossil fuels as fast as possible. While that is not a particularly difficult message, a lot of media reporting focusses on reducing and separating plastic waste, going vegetarian or vegan and individual consumption choices in general. While all these measures are helpful in many ways, they risk to obscure the main levers for cutting emissions, which are fast transformations in the energy, industry and transport sector.

This can also be seen on other levels. About a year ago, I saw an article titled «Pace 100 for climate protection». When reading the piece, it quickly became apparent that it referred to a measure taken by the Dutch government to reduce emissions of nitrogen oxides (NOx). These emissions have no direct climate effect whatsoever – instead, they cause a classical environmental problem: air pollution. Earlier this year, I saw an advertisement by a beverage shop, calling consumers «climate heroes» if they bought reusable bottles. Again, reusing bottles has very positive effects on resource and plastics problems, but the climate effect is rather indirect. While it is understandable that many environmental initiatives try to surf on the wave of climate attention, I argue that this mixing of environmental and climate policies will ultimately only create more confusion and perceived contradictions.

A last, but crucial difference between many environmental issues and climate change is the nature of the required response. On top of the urgency, climate action is also characterised by requiring a lot of investments and a restructuring of large parts of the economy. Decarbonisation is a process that affects all economic sectors and ultimately will lead to a large-scale industrial transformation. Environmental issues, on the other hand, are often solved by different forms of scaling back: less habitat desctruction, less pollution, less pesticides, less plastics. These objectives are pursued by stricter regulations, standards and taxes. For the climate crisis, stricter regulations by the Ministry for the Environment will not be enough. An industrial transformation cannot be achieved by one actor alone. Instead, large-scale action is required by all ministries, and also by companies and society at large.

Continuing to see climate policy as a form of environmental policy is misleading. It is neither helpful for gaining political support from non-environmentalists, nor is it providing us with a good role model for political measures. We need to acknowledge that the climate crisis is a deeply human and economic crisis, and that it requires enormous economic and political restructuring. Classical environmental policy does not offer the necessary tools for this kind of transition. We need to think bigger, build larger coalitions and transform our society more fundamentally, if we want to address the climate crisis for what it is: a threat to present and future human well-being.